The Senshu region is a window into Japanese history as a whole. This can be experienced through a visit to the Tumulus of Emperor Nintoku, which dates back to the 5th century and is designated as a UNESCO World Heritage Site. You can also explore local history by hiking or cycling through the various natural areas of Senshu. Whichever you choose, Senshu offers the chance to experience Japanese history while surrounded by the ever-changing natural scenery of the four seasons. 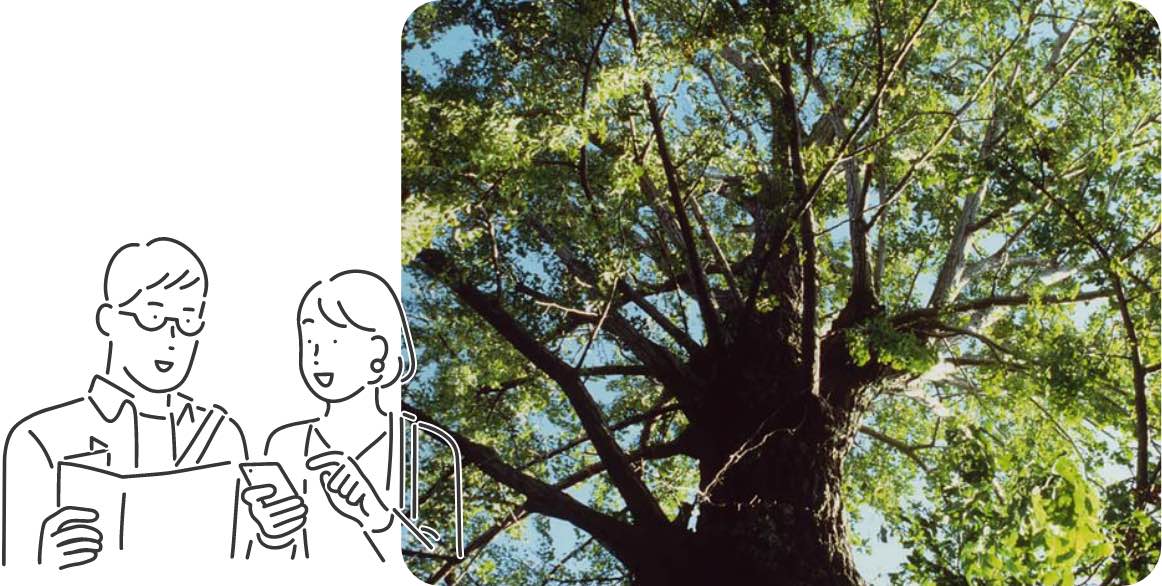 Nature and History ｜ Enjoying Nature Throughout the Four Seasons

This sprawling, agricultural-themed, nature-filled park occupies the same area as eight Hanshin Koshien Stadiums, the famous baseball stadium of the Osaka–Kobe area. Visitors can enjoy different flowers throughout all four seasons, and even try milking cows, ride horses and otherwise interacting with the various resident animals. There are also special bread- and sausage-making workshop events. Moreover, the home-style restaurant offers tasty ham and bacon, and various and play zones and equipment are available—including unusual bikes and a “lawn sledding” area. There's enough to fill an entire day at Sakai Green Museum Harvest Hill! 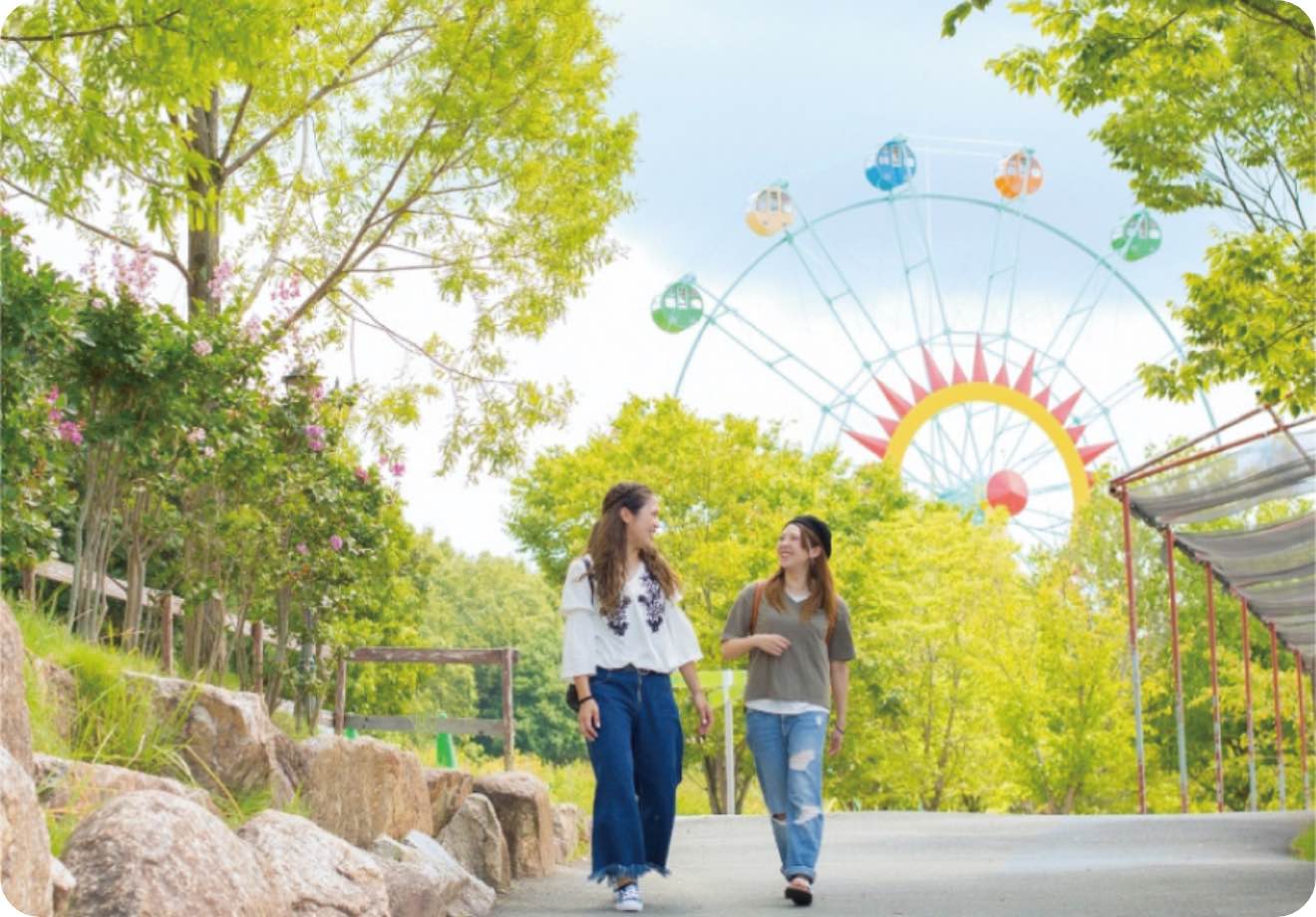 Tonboike Park (lit. “Dragonfly Pond Park”), located in the hills of Kishiwada City, is home to various seasonal flowers including roses, hydrangeas and narcissi—and don't forget to check out the beautiful autumn leaves.
With large butterfly- and dragonfly-themed playground structures, tennis and gateball courts, and nice places down by the water to just sit and relax, this park has something for kids and adults alike. 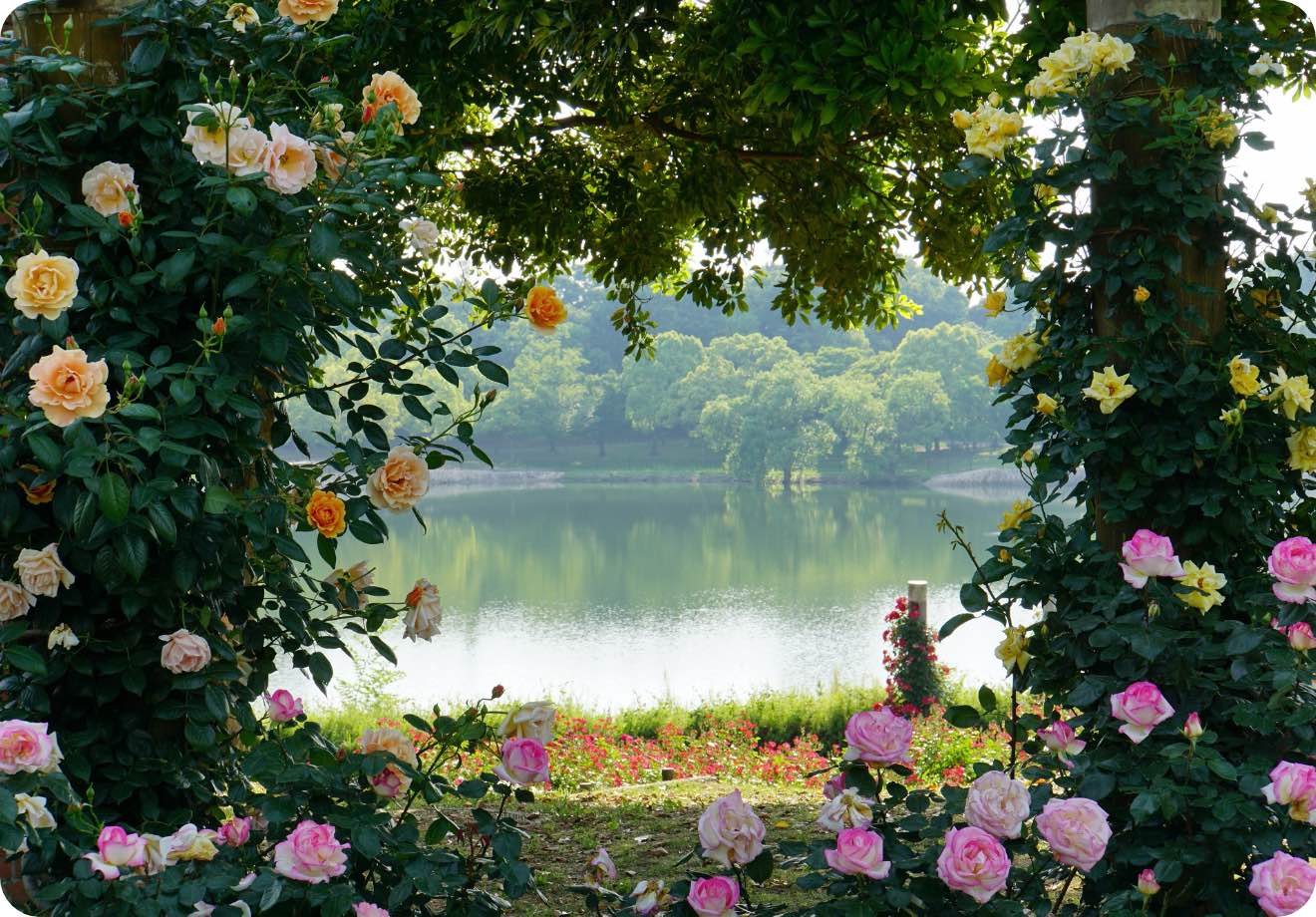 The Mozu Tumulus Cluster is a group of ancient tumuli in Sakai City, extending for approximately 4 kilometers (2.5 miles) in every direction. It originally contained more than 100 tumuli built during the Kofun Period (ca. 300 to 538), but due to Sakai's rapid urbanization and other factors, many of the old monuments were lost, and now 44 tumuli built between the late 4th century and early 6th century remain. This cluster includes the world's largest tomb, the Tumulus of Emperor Nintoku, as well as other massive keyhole-shaped tumuli, making it an important heritage for preserving Japan's ancient tumulus culture. 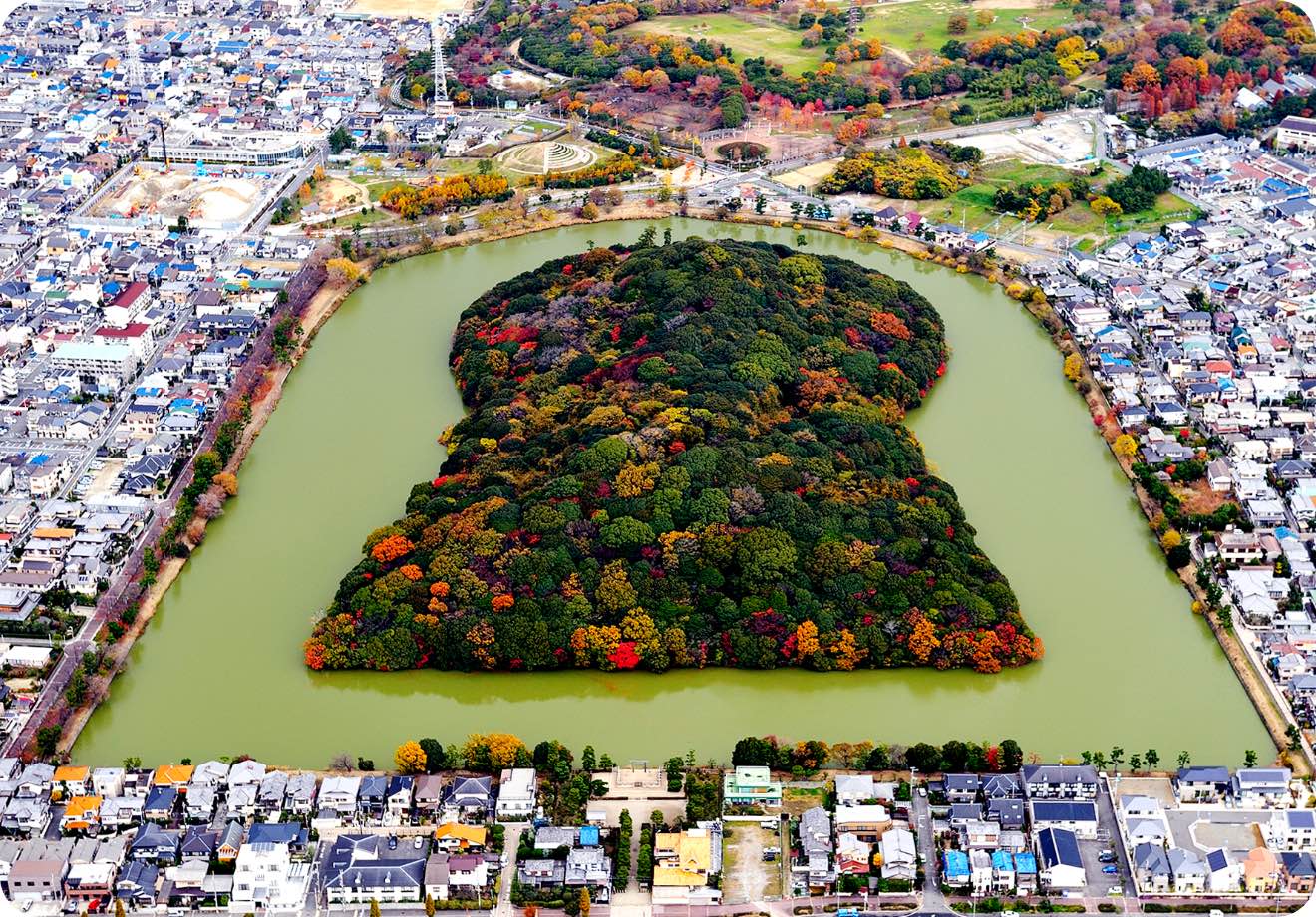 With a long history dating back to the Northern and Southern Courts Period (1336–1392), Kishiwada Castle once boasted a five-story central keep. The current keep, which is three stories high, is a 1954 reconstruction of the keep that burned down in the latter half of the 19th century following a lightning strike.
It commands a view of the Kishiwada Castle Garden (Hachijin Garden) directly below, which is a government-designated “Place of Scenic Beauty” and a must-see attraction. This garden was built in 1953 (just one year before the completion of the keep's reconstruction), masterfully crafted based on innovative design that took consideration of aerial views from the new castle keep and increasing aircraft numbers following aviation technology advances. Furthermore, the design itself was inspired by the “eightfold battle formation” of legendary Chinese military strategist Zhuge Liang. 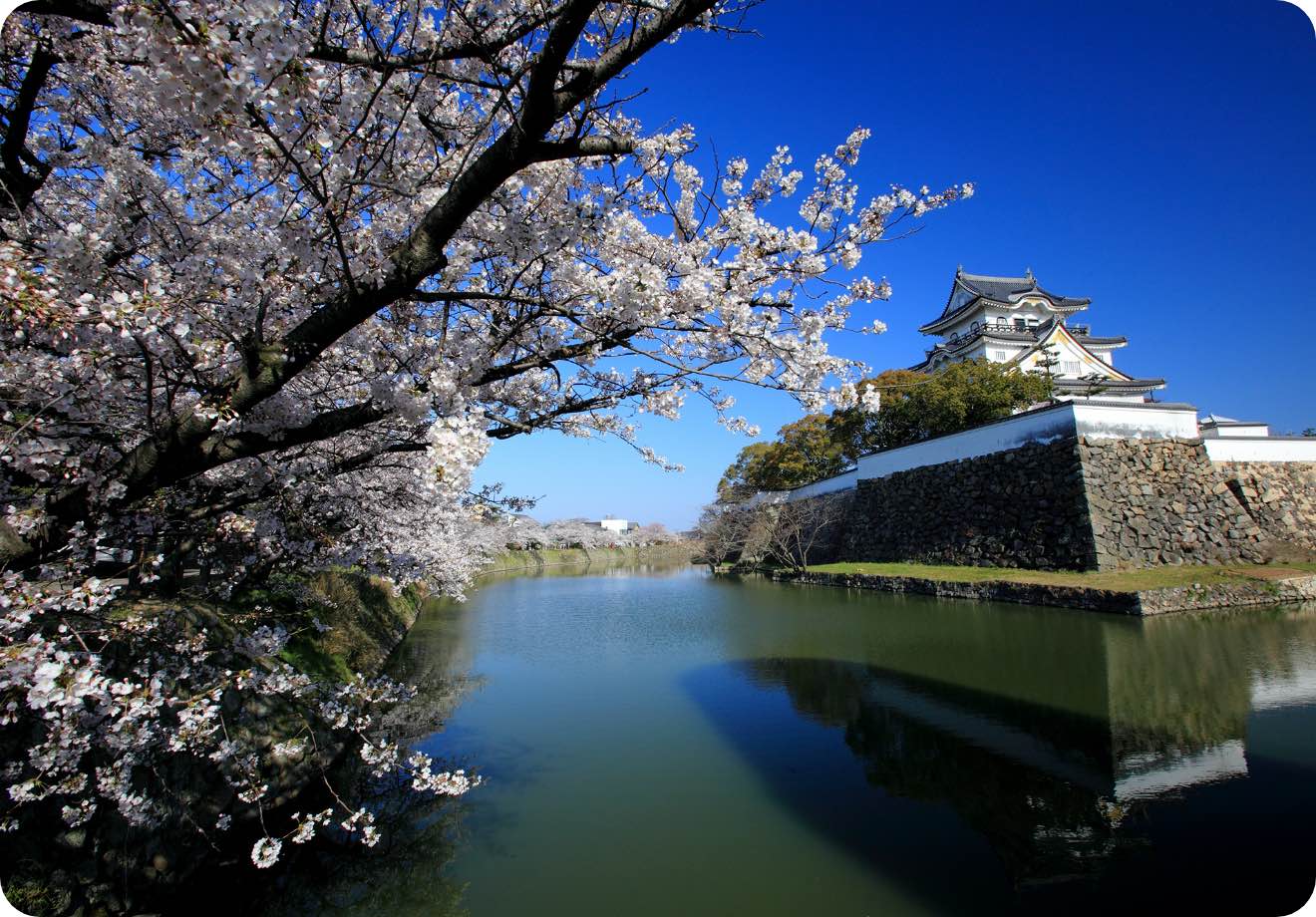